iBolit is a simple diagnostics cartridge. During the previous years we've seen numerous messages from MSX users, whose computers suddenly stopped working after being removed from the storage or after another power cycle. Many people complained about black screens or about total power failure. It's a known fact that RAM and other elements may go bad during storing or at power–on. Diagnosing those problems usually starts from checking the power rails, clock signals, reset signal's state and activity on data and address bus. It has been decided to create a simple diagnostics cartridge that could help to perform the initial check of a computer and rule out the most common problems.

The cartridge that we named “iBolit” ( see Doctor Aybolit) was created using the GAL22V10 programmable logic chips, LED assemblies and volt/ammeters from the PC's USB socket tester dongles. There's a cartridge slot installed on the top of iBolit cartridge's board. There one can insert any cartridge including the one with MSX diagnostics ROM (there are a few, but it would be nice to create a universal one). The GAL firmware is very primitive — if there's a high level on input, the LED connected to the output will light up. The cartridge is fairly cheap to build — maximum 12–15 Euro - and is relatively easy to assemble. The daughterboard with voltmeters is detachable.

The parts for assembling the cartridge can be purchased from these sellers on AliExpress:

JP1 pinout (on cartridge board) 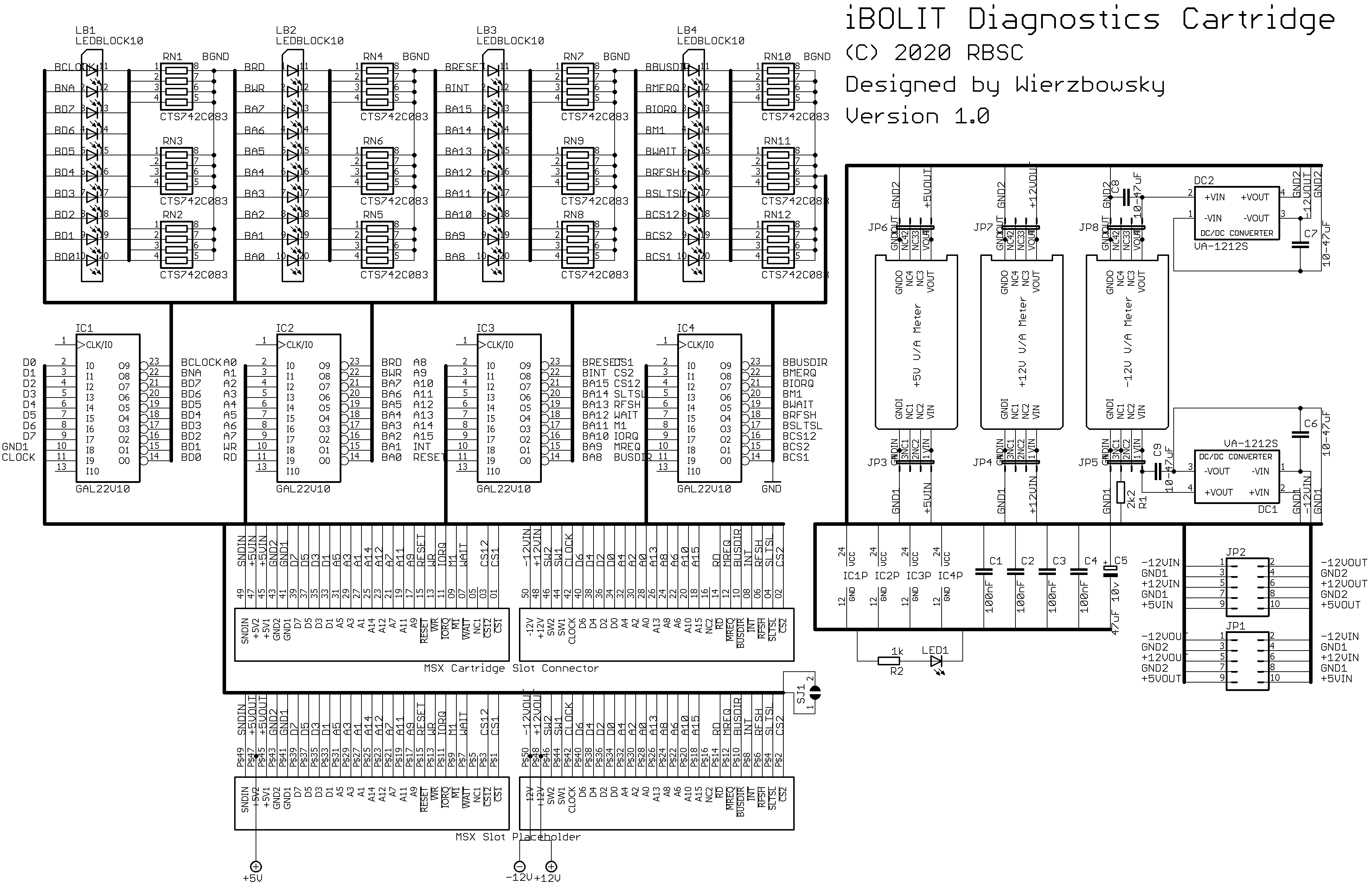 Pictures of the board 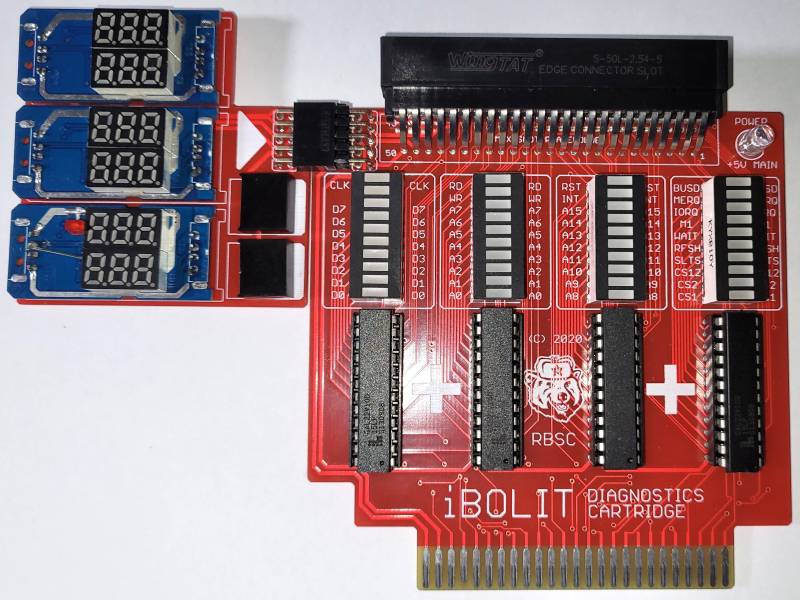 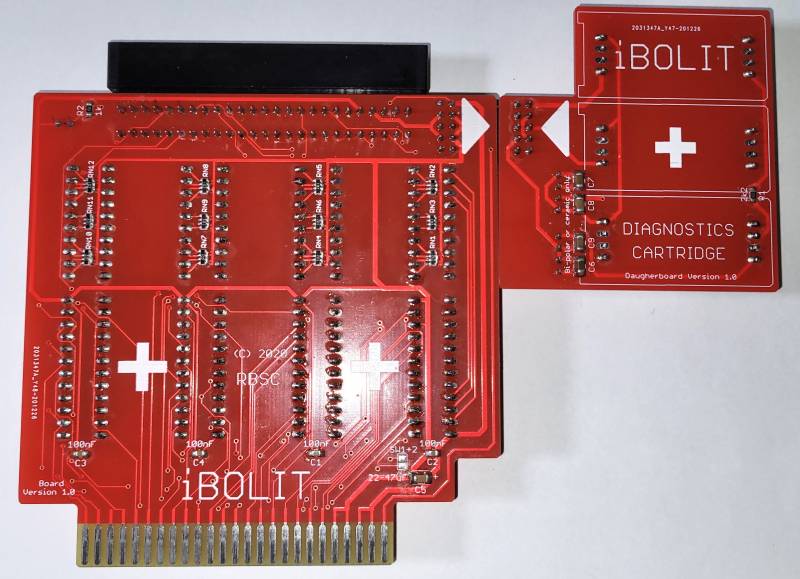 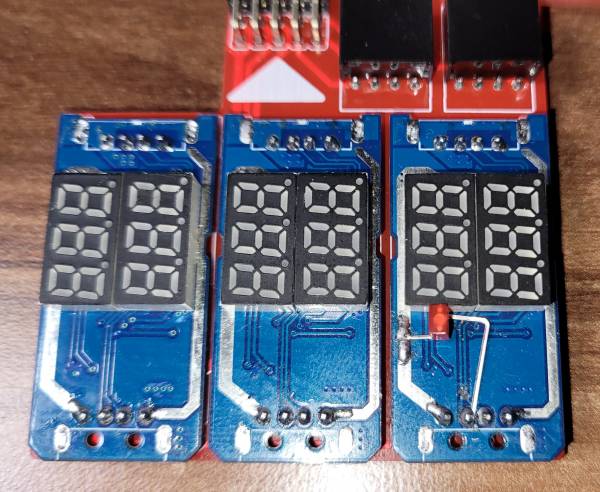 Here are the videos of the iBolit cartridge running a diagnostics ROM from the Carnivore2 cartridge that is installed into the upper cartridge slot:

You can download the firmware for the GAL chip from the repository or from here:

Except where otherwise noted, content on this wiki is licensed under the following license: CC Attribution-Noncommercial-Share Alike 4.0 International